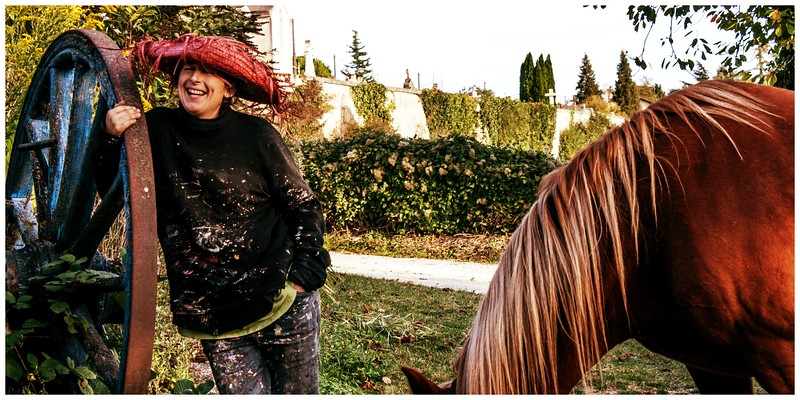 Ellie Hesse has painted professionally since 2001, up until the last couple of years, specializing in townscapes. Her more recent focus on the horse as an artistic subject, came about following a period of introspection, during which time, Ellie gradually came to the realization that she could ally her two great passions in life, that of art and that of the horse. Concurrently, Ellie also began to experiment with new media, feeling intuitively that her hand required more freedom of movement. This process of "freeing up" was aided by the temporary abandon of the palette knife in favor of charcoal and a more fluid use of paint. Techniques that allow her to work more sensitively and freely in capturing her new subject's expression and movement. The resulting collection of work, reflects Ellie's deep love and long standing fascination with horses. Their form, emotion and movement, providing her with a powerful source of inspiration .